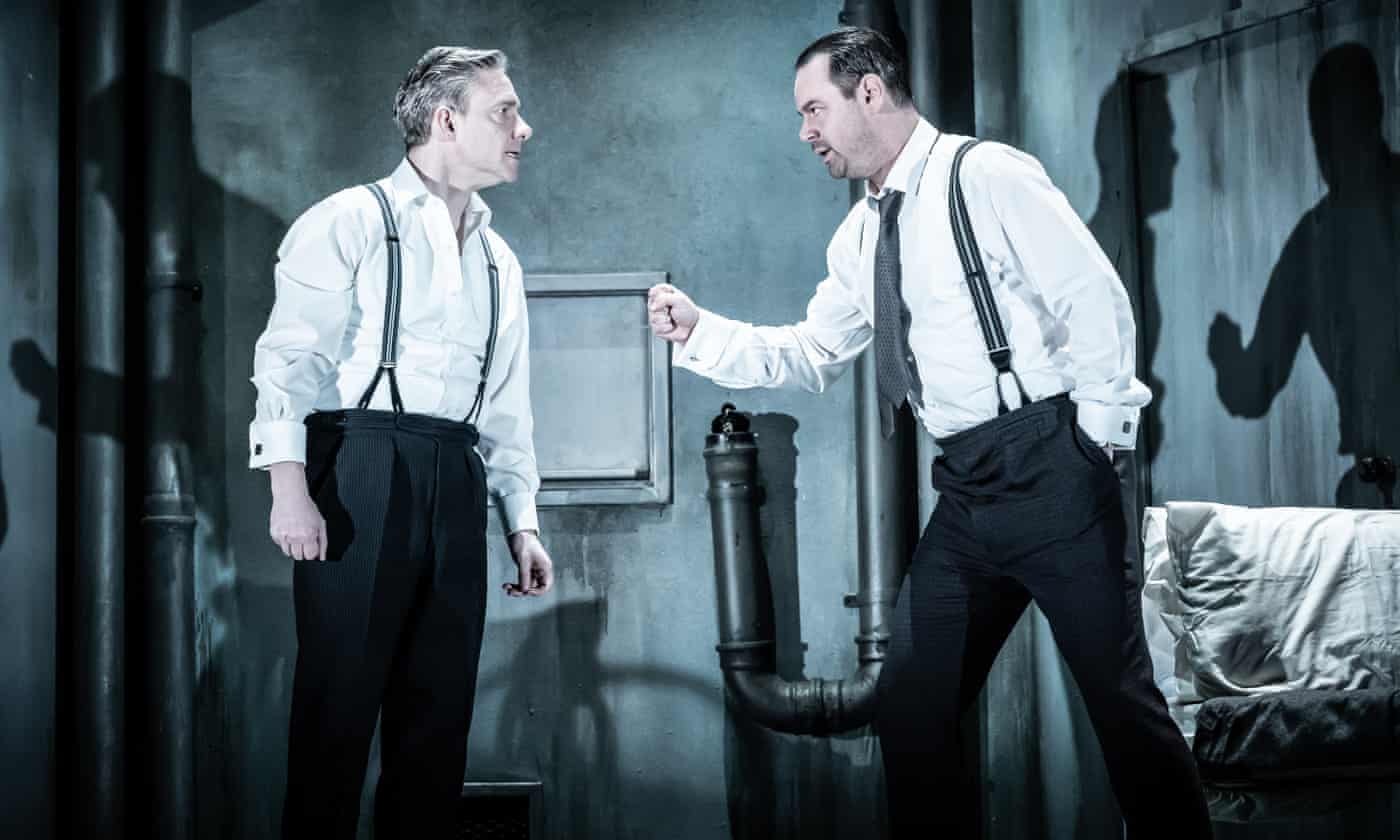 Performing Arts’ clients will be opening a huge variety of shows over the next few months. Please click through each production name to find out more or choose the client’s name to view their page.

In February there are many openings for our clients, including YOU STUPID DARKNESS! for Paines Plough at Theatre Royal Plymouth on the 14th, with lighting by Peter Small. On the 22nd Joshua Gadsby co-designs Dinomania at the New Diorama Theatre. Also on the 22nd The Phantom of the Opera will be returning to Manila, the Philippines, with lighting by Andrew Bridge.

Also opening in February will be Faust, directed by new client Karolina Sofulak with original set design by Charles Edwards, at Stanislaw Moniuszko Poznan Opera House, Poland. Charles’ designs will also be revived in Bonn with Makropulos on the 7th April.

Jon Clark lights the final two instalments of the Pinter at the Pinter: Pinter Seven opening 6th February and Betrayal opening March 13th. Jon also lights Alys Always opening on the 5th March at the Bridge Theatre and the transfer of The National Theatre’s The Lehman Trilogy, transferring to the Park Avenue Armory in New York on the 27th March. On the 4th April, The Jungle will be transferring to The Curran Theatre in San Fransisco.

A few of our clients will be taking part in the VAULT Festival this year, with three shows opening on 20th February: Orlando lit by Peter Small, Vespertilio lit by Zia Bergin-Holly and The Last Nine Months (of the rest of our lives), lit by Zoe Spurr. Zoe will also be lighting Tilda Swinton Answers an Ad on Craigslist on the 6th February.

Zoe Spurr has a few openings this season, including lighting The Globe’s Emilia as it transfers to The Vaudeville Theatre, opening 21st March. The Phlebotomist transfers to Hampstead Theatre’s main stage on the 25th March, and Zoe will also be associate lighting Anthropocene with Scottish Opera, which opens in Glasgow on 24th January, Edinburgh on 31st January and London on the 7th February.

March sees the opening of Rosenkavalier at Den Norske Opera & Ballett in Oslo on the 16th, with choreography by Andrew George, costumes by Tanya McCallin and re-lighting by Clare O’Donoghue. Zia Bergin-Holly lights Apologia on the 22nd for The English Theatre Frankfurt. Opening on the 23rd is Roberto Devereux at Badisches Staats Theater in Karlsruhe with costumes designed by Mark Bouman.

Romeo and Juliet will be opening at the Royal Opera House on the 26th, with original lighting design by John B Read. John will also be lighting Communion for Yorke Dance, which will open at Theatre Royal Winchester on the 12th February, Oso Arts Centre on the 1st March, the Stanley & Audrey Theatre in Leeds on 20th March, Merlin Theatre in Frome on 23rd March, The Mill Arts Centre in Banbury on April 4th, Salisbury Arts Centre on 6th April, and Court Theatre in Swindon on 26th April.

Alex Eales’ set designs can be seen in several international productions this season including Neues Stuck II transferring to Sadlers Wells on 22nd February, Bluets opening at Neue Schauspielhaus, Hamburg on 15th March and Norma Jeane Baker of Troy, opening at The Shed Theatre in New York on 10th April.

April also sees the Premiere of Platèe with lighting designed by Davy Cunningham at Semperoper Dresden on the 6th.

This January Oper Graz in Berlin presents La Rondine lit by Davy Cunningham and with costumes designed by Brigitte Reiffenstuel,…