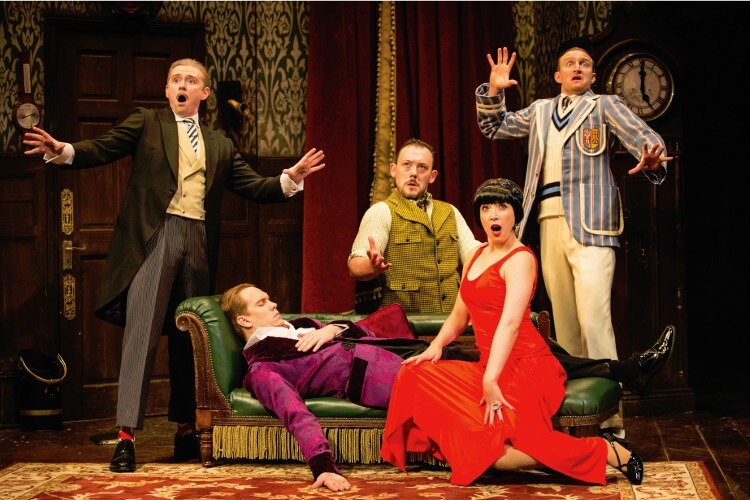 This Autumn and Winter, Performing Arts clients will be opening a huge variety of shows. Please click through each production name to find out more, or choose the client’s name to view their page.

November sees many openings for our clients, including Hamlet for Stadtische Theater Chemnitz, which will be lit by Davy Cunningham, on the 3rd. The 6th sees two openings, including new client Chuma Emembolu’s lighting design for As You Like It for Ye Olde Rose and Crown, and The Play That Goes Wrong, lit by Ric Mountjoy, will open in South Korea. Charles Edwards’ set designs will be revived for Katia Kabanova for Fundacio del Gran Teatre del Liecu in Barcelona on the 8th.

Other revivals include La Bayadere on November 1st, featuring John B Read’s lighting designs at the Royal Opera House as a part of their 2018/19 Season, which also be reviving John’s designs for Symphony in C on the 20th, as well as Winter Dreams and Les Patineurs on 18th December.

Jon Clark lights two shows of the Pinter at the Pinter season on the 15th and 16th, while his lighting designs for The Jungle will transfer to St Ann’s, New York on the 8th December.

Bullet Tongue by Big House will open in Islington on the 16th, lit by Zia Bergin-Holly, and has been extended due to popular demand. Zia will also light Pravda for Arts Educational Schools London, which opens on the 1st December.

Zoe Spurr lights The Maids at Manchester HOME, which opens on the 21st November, as well as lighting The Cat In The Hat for The Curve in Leicester, which opens on the 14th December. In the new year, Zoe will be lighting a production of Anthropocene for Scottish Opera, on the 24th January. Other productions lit by Zoe continue to tour, including Abigail’s Party opening in Les Theatres de la Ville de Luxembourg on November 27th, and Frantic Assembly’s The Unreturning – which is currently touring nationally.

The year will wrap up with Adriana Lecouvrer opening at the Metropolitan Opera on the 31st December, featuring Andrew George’s original choreography, Brigitte Reiffenstuel’s costumes, and Charles Edwards’ set design.

The recent production of a triple bill of operas by Massenet and Martinu, directed by Stephen…