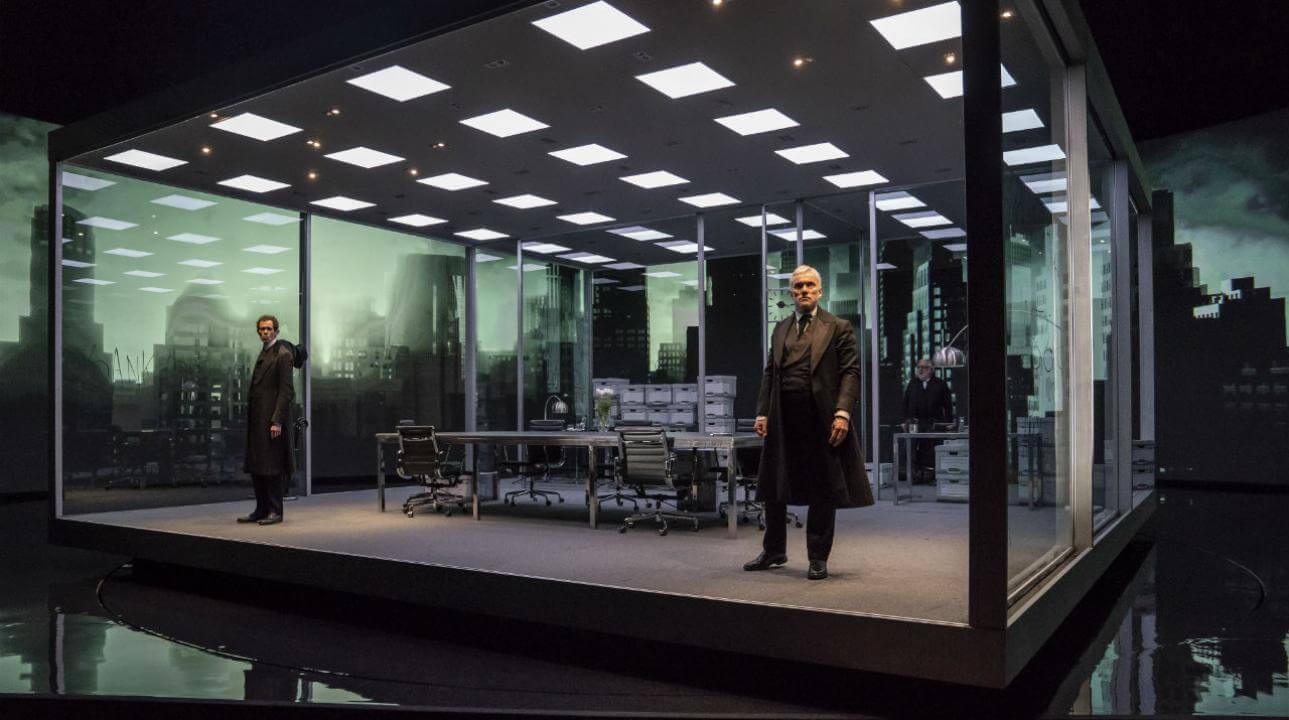 This Spring-Summer season Performing Arts clients will be opening a huge variety of shows, please click through each production name to find out more, or choose the client’s name to view their page.

May sees many openings at the Royal Opera House, beginning with the international Cinema broadcast of Faust, with sets by Charles Edwards and costumes by Brigitte Reiffenstuel, on May 5th. On May 14th, Yorke Dance’s Communion transfers to the Royal Opera House with lighting by John B Read, and on May 20th Andrea Chenier opens with original choreography by Andrew George, revival choreography by Colm Seery and costumes by Jenny Tiramani.

Peter Small has many openings this season, including Ad Libido which opens on the 7th, one of The Guardian’s Best Shows of Edinburgh Fringe 2018, and Radio, opening at Arcola Theatre on June 24th. Another opening for Peter is Soho Cinders at the Stockwell Playhouse, on May 22nd.  Peter also lights the entire Paines Plough Roundabout Season, including Dexter and Winter’s Detective Agency on July 2nd, as well as Daughterhood and On the Other Hand, We’re Happy which both open on July 16th, before embarking on a UK Tour.

Also opening in May at the Little Angel Theatre is The Slightly Annoying Elephant, with lighting by Joshua Gadsby on May 10th. On May 21st ANNA opens at the National Theatre, with lighting by Jon Clark. Jon also transfers The Lehman Trilogy to the West End on May 22nd. The acclaimed Bullet Tongue is returning on the 24th for a limited run, with sets by Zia Bergin-Holly. On May 25th, Mountview’s Gravel Heart opens with lighting by Chuma Emembolu at the Bunker Theatre, followed by The Fear on June 5th.

Openings in June include Rigoletto at Opera St Louis, with costumes by Mark Bouman and sets by Alex Eales, opening on June 1st. Also opening on June 1st, An Evening With The Masters: White Nights a ballet Triple Bill at Den Norske Opera and Ballett, with lighting by John B Read, who’s lighting will also be seen Royal Opera House’s Romeo & Juliet which will be broadcast to cinemas Nationwide on June 11th.

June 4th sees many openings, including the opening of Northern Ballet’s Jane Eyre at the Metropolitan Ballet, New York, with lighting by Alastair West. Karolina Sofulak directs Manon Lescaut, designed by George Johnson-Leigh, at Opera Holland Park, also on the 4th June. Also opening that night is the revival of Firebird & Symphony in C at the Royal Opera House, with lighting by John B Read. King Charles III opens at Wild Duck Theatre on June 4th, with lighting by Chuma Emembolu.

July sees the opening of Tree at Manchester International Festival, lit by Jon Clark on July 4th. In Buxton, Zoe Spurr will light multiple productions for the Buxton International Festival, including Eugene Onegin on the 6th, new opera Georgiana on July 7th, and Lucio Papirio Dittatore on July 9th. Also opening in July is Jenufa at Santa Fe with sets by Charles Edwards on the 20th. George Johnson-Leigh designs the Derby Summer Youth Theatre show on July 26th, and Joshua Gadsby co-designs There is a Light That Never Goes Out: Scenes from the Luddite Rebellion, which opens at Manchester Royal Exchange Theatre on July 29th.

August openings include the press night of Evita on the 8th August, with lighting by Jon Clark.

This Autumn Performing Arts clients will be opening a huge variety of shows, please click…

This Autumn and Winter, Performing Arts clients will be opening a huge variety of shows.…