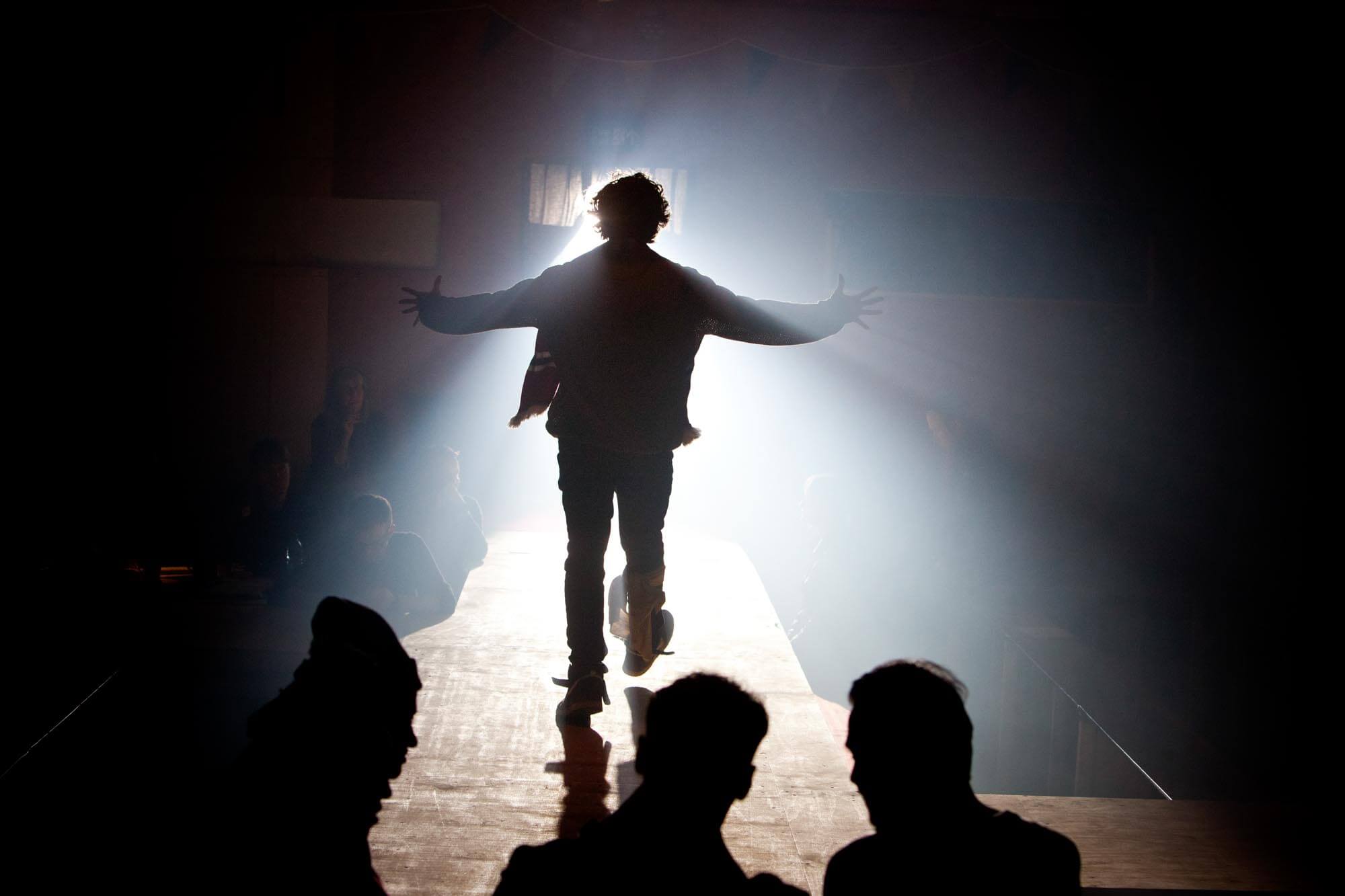 October will also be a busy month for Performing Arts clients, starting with Elton John’s Glasses at Watford Palace Theatre, lit by Zoe Spurr, opening on October 3rd. Lakme, lit by Zerlina Hughes, opens at Malmo Opera, Sweden, October 7th. On October 19th, La Traviata opens at Scottish Opera, designed by Tanya McCallin, with Andrew George’s choreography revived by Colm Seery. At the The Icelandic Opera on October 21st a new production of Tosca opens , with costumes designed by Natalia Stewart. On October 21st, Glyndebourne Festival Opera’s Hamlet heads out on a tour of the UK, with original lighting by Jon Clark  and fight direction from Nicholas Hall. The month ends with Under Milk Wood, opening at The Watermill Theatre on October 25th, lit by Wayne Dowdeswell.

In November, Zoe Spurr lights Phoenix Rising, a new production from The Big House, opening 8th November. In Germany, Alex Ealesdesigns sets for Nicht Ich / Tritte/ He, Joe at the Volksbühne, Berlin, opening on November 18th. Back in the UK, William Dudley designs sets for Post Mortem at the Guildhall School of Music and Drama, opening November 23rd.

Throughout the Autumn John B Read will be lighting or re-lighting many productions, starting with Bukkene Bruse På Badeland opening September 17th in Jessheim, Norway. In October he will light a Macmillian Triple Bill for Northern Ballet, opening in London October 5th, followed by Song Of The Earth for the English National Ballet, opening 11th October and Concerto and Elite Syncopations for the Royal Ballet, opening October 18th. On October 20th Le sacre du printemps, opens at Národní divadlo, the National Theatre of the Czech Republic. Finally, On October 31st, he lights Marguerite and Armand for the Vienna State Ballet.

Lighting Designer Jon Clark is also working on several new productions including Desire Under The Elms at the Sheffield Crucible Theatre opening September 25th, and The Jungle, a new play written for the Young Vic about the refugee crisis in Calais which opens December 16th. From October 15th The Old Vic’s 2016 production of The Lorax, also lit by Jon Clark returns for a limited run in London before heading to Canada for it’s North American premiere at the Royal Alexandra Theatre in Toronto, opening on December 9th.

This Autumn season Performing Arts clients will be opening a huge variety of shows, please…

After 30 years of Performing Arts being based at 6 Windmill Street, we have decided…