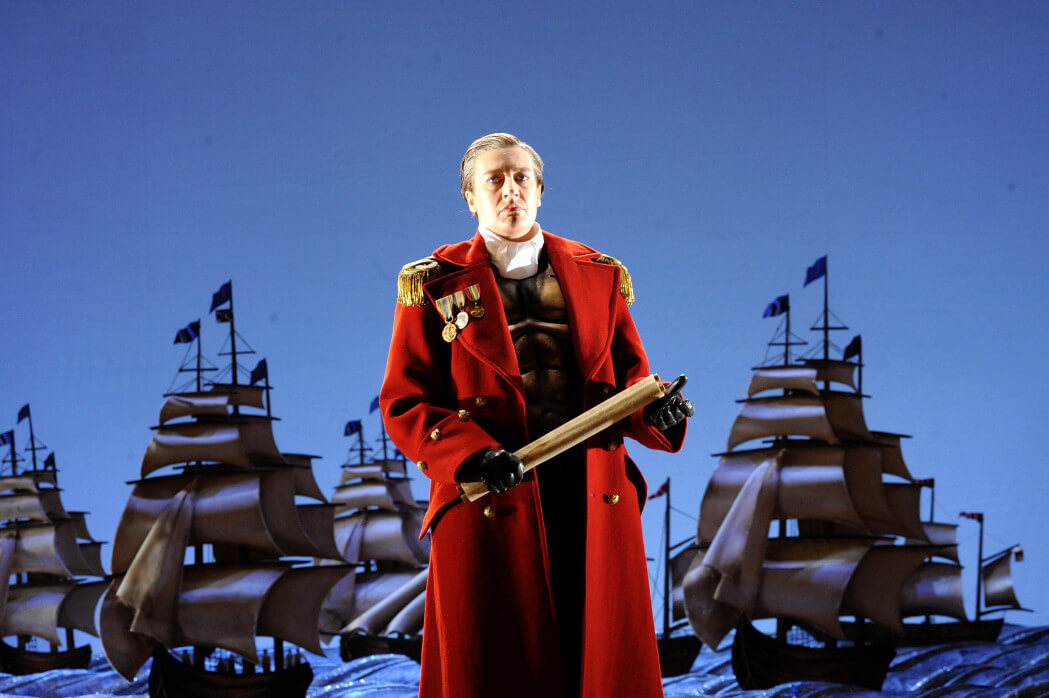 This Spring-Summer season Performing Arts clients will be opening a huge variety of shows, please click through each production name to find out more, or choose the client’s name to view their page.

A Further Shore combines imagery, music and poetry to tell the story of Northern Ireland’s journey to peace and reconciliation. Performance on 5 April at the Barbican’s Milton Court Concert Hall and 9 April at the Lyric Theatre Belfast, with lighting by Zia Bergin-Holly, who is also lighting designer for Frankie and Johnny in the Clair de Lune at Northern Stage, opening on 21 May.

From 6 April, at the Old Red Lion Theatre, Peter Small is lighting designer for Keith Emson’s Plastic. Peter will be returning to light the 2018 Paines Plough Roundabout tour, starting with How To Spot An Alien  on 2 June, followed by Sticks and Stones on 19 June and Island Town 20 June, all three shows open at Theatr Clywd before going to the Edinburgh Fringe Festival and heading out on a national tour.

Benjamin Britten’s Gloriana opens in a new production directed by David McVicar at Madrid’s Teatro Real on 12 April, with costume designs by Brigitte Reiffenstuel and choreography by Colm Seery. This is a co-production with English National Opera so performances in London will follow. Brigitte will be back in Madrid as costume designer, with Charles Edwards as set designer, for Lucia di Lammermoor, directed by David Alden, opening on 22 June.

Frederick Ashton’s ballet, Marguerite and Armand, originally created for Margot Fonteyn and Rudolf Nureyev, is part of a triple bill performed by the Royal Ballet at Covent Garden, opening on 14 April, with lighting by John B Read who is also the lighting designer for Elite Syncopations in the same bill. His lighting can also be seen for Kenneth MacMillan’s ballet Manon, at the Teatro dell’Opera di Roma, opening on 25 May.

Kate Flatt is choreographer on a new musical, Moonfleet, opening on 24 April at Salisbury Playhouse, based on the classic novel of smugglers, shipwrecks, hidden treasure and ghostly pirates.

25 April sees the opening of Rodney Ackland’s Absolute Hell at the National Theatre, with lighting by Jon Clark. The Lorax moved from the Old Vic to the Children’s Theatre Company in Minneapolis (15 April) and from there will go on to the Old Globe in San Diego, opening on 6 July. On 6 June, Jon’s lighting can be seen in Fatherland for Frantic Assembly at the Lyric Hammersmith. The Jungle transfers to the Palace Theatre from the Young Vic opening on 5 July (previews from 16 June). He follows that with The Turn of the Screw for English National Opera and Regent’s Park Theatre, opening on 25 June and, on 12 July, The Lehman Trilogy directed by Sam Mendes at the National Theatre.

The next few months are also very busy for lighting designer Zoe Spurr, whose work can be seen in The Phlebotomist at Hampstead Theatre (25 April), the never-before seen first play by Mike Bartlett (King Charles III, Albion) Not Talking at the Arcola (1 May), Grotty at the Bunker Theatre in Southwark (3 May), Loose Lips for Big House (site specific, 10 May), Confidence for Boundless Theatre at Southwark Playhouse (23 May), Sticky with the Andrew Lloyd Webber Bridge Company at Southwark Playhouse (22 June) and Meek with Headlong at the Traverse in Edinburgh (31 July).

Davy Cunningham is in Berlin to light a new production of Strauss’s Die Fledermaus at the Deutsche Oper, directed by the tenor Rolando Villazón and opening on 28 April.

Wayne Dowdeswell is designing lighting for several productions at the Pitlochry Festival Theatre’s summer season: Chicago (opening on 25 May), Little Voice (31 May), Quality Street (7 June), Travesties (14 June) and Before the Party (19 July).

In New Zealand, at the Aotea Centre in Auckland, Wyn Davies is conducting performances of L’elisir d’amore, opening on 31 May.

1 June is opening night at the Orange Tree in Richmond for Emily Schwend’s Utility, winner of the 2016 Yale Drama Prize, with lighting design by Emma Chapman.

Donizetti’s Anna Bolena is directed by Irina Brown for the Badisches Theater in Karlsruhe, with Leah Hausman as movement director, opening on 3 June.

On 25 July The Phantom of the Opera opens at the Renault Theatre, São Paulo, Brazil with lighting design by Andrew Bridge.

This Winter-Spring season Performing Arts clients will be opening a huge variety of shows, please…

Blakeley and Puissant praised for The King and I